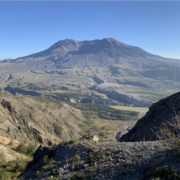 Field or Subject of interest.

NASA’s Mars-2020 Mission in Jezero Crater: The First 8 Months of Exploration by the Perseverance Rover

Program Costs:
Zoom talks are FREE. If you wish to further support our organization, please become a member for 2021-2022.

Social hour:
During the social hour we hope you will share video and audio for more lively conversations. We will divide into small groups for about 15 minutes and then shuffle the groups so you will get a chance to connect with different people.

Meeting Limitations:
We can now host up to 500 participants! Please join us. 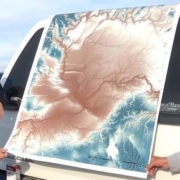 M. Gordon Wolman, a professor of geography at Johns Hopkins University for more than 50 years, died February 24, 2010 at his Baltimore home. He was 85. Known by everyone as “Reds” for his bright shock of hair (which eventually became gray), Dr. Wolman was reportedly as beloved by his students as he was famous for his scientific  contributions — and that’s  saying a lot.

As a U.S. Geological Survey hydrologist during the 1950s, he and his colleague Luna Leopold published  pioneering studies on how and why rivers change — studies that are now the  foundation for modern water-resources  management and river restoration and engineering. The pair  wrote, with John  Miller, the 1964 textbook “Fluvial Processes in  Geomorphology,” considered a seminal work.

Arthur Bernard Coulter, passed away on the morning of 19 July 2010 from complications arising from a severe heart attack he suffered earlier that week. He was born on the 20 September 1920 and graduated from high school in 1938 and from Michigan State University with a Bachelor of Science in Geology. His son asked that we share this with the NWGS community. Celebration of the Life for Mr. A.B.C.

Retired U.S. Geological Survey geologist James Minard passed away peacefully with his family at his side on June 16, 2011, at Providence General Hospital in Everett, WA.  He was 90 years old.  He was preceded in death by his wife Velma Anne and daughter Marelea Cameron, and he is survived by his sister Jean Umberger, his elder daughter Sonja Reinheimer, sons Jamie and Brent Minard, and seven grandchildren.  His obituary will appear in the July 3 issue of the Everett Herald, where interested parties can digitally sign the guest book.  Memorial services will be held at Weller Funeral Home in Arlington, WA, at 1:00 P.M. on Thursday, July 7.

Summary of his life and work

James (“Jim”) Pierson Minard was born on March 22, 1921 in Morristown, NJ, the youngest of three sons of Robert and Eleanor Minard.  He grew up on a dairy farm in Chester, NJ.  After graduating from Morristown High School in 1940, he worked as a machinist mate at Piccatiny Arsenal in Dover, NJ.  In April, 1942, four months after the attack on Pearl Harbor, he and his lifelong friend Frank Markewicz joined the Navy, and they served out the war together, mainly in the South Pacific.  While stationed in Bremerton, WA, Jim met Velma Cross.  Jim and Velma were married in San Diego, CA, in May, 1944.  Jim left the Navy in October, 1945, and for the next couple of years he worked in the Seattle area as a gas station manager, during which time daughters Sonja and Marelea were born.  Intent on pursuing his education, Jim moved his family back to New Jersey in 1947, and for the next twelve years he attended college while simultaneously working to support his family.  Early in this period, during the summers of 1949 and 1950, he was employed as a geologic field assistant with the USGS on the north slope of the Brooks Range, Alaska; his brother Bud accompanied him to Alaska on both occasions, working for the USGS as a field camp cook.   In 1951 Jim worked for the US Navy Hydrographic Office in Washington D.C., and in the same year he joined the Naval Reserves, from which he ultimately retired in 1967 as a Lieutenant Commander.  He earned a B.A. in Geology at Upsala College in 1951, and a M.S. in Geology at Rutgers (New Brunswick campus) in 1959.  While a student at Rutgers, his sons Jamie (1952) and Brent (1958) were born.

Jim obtained a permanent position with the USGS in 1951.  For much of his career he was stationed at sites around the greater Washington, D.C. area, including Building 10 at the National Bureau of Standards, then at offices in Crystal City, and finally at the National Center in Reston, VA, when it was completed in 1974.  His main assignments during this period involved the Colorado Plateau (1955-1956), Atlantic Coastal Plain (1957-1977), and Eastern Triassic basins (1966-1970), and he also worked briefly in Wyoming (1956), Egypt (1961), and Kentucky (1962).  His chief accomplishments included correlating Coastal Plain stratigraphy from New Jersey through Maryland, which he described in a series of Professional Papers and GQ maps.  Another key contribution was his landmark study of coastal slump blocks and associated slope-related hazards affecting heavily developed areas in the Navesink Highlands of New Jersey, which Jim presented in a 1974 Professional Paper.  In addition to describing the distribution, morphology, and mechanics of the slump blocks, he showed how poorly-designed drainage modifications, road building, and other construction activities triggered slumping by destabilizing the slopes.  The conclusions and recommendations in his report form the basis for present policies controlling slope development in the region.

Jim’s work and his personal life took a major turn in 1977, when he moved his family to the Pacific Northwest and he began working out of the Seattle office of the USGS.  Jim and Velma established a home in nearby Everett—just across Puget Sound from the Bremerton naval base where they first met—and he immersed himself in the geology of the Puget Lowlands and Cascade foothills of western Washington.  These studies, conducted over a 5-year span, turned out to be one of his favorite duties for the USGS.  It was also one of his most prolific periods, yielding fifteen MF quadrangle maps addressing the Quaternary geology of a broad, rapidly urbanizing region between Seattle and Marysville.  Jim’s transplantation across the country provided an opportunity to compare and contrast surficial geologic processes on opposite coasts of the U.S. and to share his new insights with former colleagues on the east coast, with whom he remained in fruitful contact.  The fifteen maps reflect a prodigious amount of detailed geologic field study and stratigraphic interpretation that form the capstone of Jim’s career.  Like his previous works, these are well-crafted, scientifically robust products, and they are still routinely consulted as key data sources by the research geologists and geotechnical specialists currently working in the region.

Jim retired from the USGS in 1982 in order to spend more time with his adored wife, Velma.  Sadly, she died only a year later.  He carried into retirement his lifelong passion for outdoor activities including hiking, mountain climbing, and fishing, while running a geologic consulting business and advising geotechnical and geohydrology companies and regional governmental agencies in western Washington State about the geologic hazards and subsurface conditions revealed by his extensive geologic mapping.  With the assistance of his son Brent, Jim kept at his consulting work until around 2005, when he was 85.

From the following accounts of his colleagues, friends, and acquaintances, it appears likely that Jim Minard will long be remembered for his warmth, honesty, wry sense of humor, enthusiasm for hard work, and for his impartial accessibility and generosity toward everyone—colleagues and “greenhorns” alike—as well as for his considerable scientific accomplishments.

Jim was a close friend; I will miss his warm smile and great sense of humor.

We have very sad news to share.  We lost a very special, long-term NWGS member this week.  Many of you have had the privilege of attending field trips with John or led by John.  He was incredibly passionate about geology.  We will share more about John soon.  Meanwhile…

There will be a meeting at University House this coming Saturday, Jan. 16, 2-4 p.m., to remember John Whitmer, who died Wednesday, Jan 13.  Anyone who knew John or had some connection with him is welcome to attend.  The meeting will be in the Gilman Room, on the first floor.  Please bring memories to share, if you are so inclined.

If you have questions or comments about this you are welcome to contact his son, Nick Whitmer
[email protected]

It is with great sadness to report the loss of a wonderful NWGS member.

Hal Pelton, long-time NWGS member and retired Seattle Central Community College geology instructor, passed away on August 4. Hal attended many of our NWGS meetings, and there are probably at least a few members and other local geologists who took classes from him.

There will be a memorial gathering on August 25. If anyone would like to attend, they can contact the family at the email address listed in the obituary below for more information.

Dee Molenaar passedd away.  He often came to NWGS meetings in the 80s and 90s but apparently gave up on making the trip from Gig Harbor as he got older.  The Seattle Times had a very nice front page obituary article (headline ABOVE the fold — how often does that happen for a geologist!) for him on Feb. 8 — here’s the link:

Of course, they focused more on his climbing and art work and barely mentioned his hydrology career at USGS in Tacoma.  I worked next to him at USGS and moved into his desk (not his job) when he retired.  I remember him as an exceptionally kind and generous man with a great sense of humor.
Another fun connection I had with Dee:  he was the one who convinced my first geology professor to study geology!  Jerry Miller, who was the first geology prof at Green River College, was majoring in art at UW but wasn’t too sure he could make a career of it.  He happened to talk to fellow art student, Dee, who suggested he do as he was and get a double major in geology and art.  Dr. Miller ended up dropping art and focusing on geology.
0 0 patience patience2021-08-20 16:36:302021-10-07 01:12:15Dee Molenaar

Paul Belanger, Sound Water Stewards, Paleoceanographic history that led to our understanding of Cenozoic climate history and changing impact for the Pacific Northwest